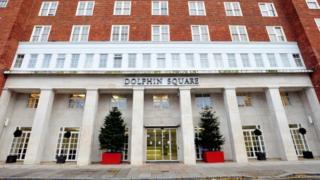 A man who alleged he was the victim of a VIP child abuse ring faces multiple charges relating to the possession of indecent images of children.

The man, known as Nick, claimed a paedophile ring was responsible for murdering three children.

He also said he was systematically abused and tortured by senior politicians and members of the armed forces during the 1970s and 80s.

After the Met launched Operation Midland in 2014 they held a press conference where a senior detective described Nick’s allegations as “credible and true”.

In 2015, the Met carried out a series of high-profile dawn raids on the homes of those Nick had accused.

All of them denied his allegations and no evidence whatsoever was found to support Nick’s claims.

After the £2.5m investigation was closed, without any charges, the Met apologised for the way they had conducted the inquiry and paid compensation.

A report into Operation Midland, carried out by a retired High Court judge, said the Met had made a series of errors in the investigation and made 25 recommendations on how police should handle similar allegations in the future.

The offences he was charged with last year relate to indecent images of children of varying levels of seriousness, including the most serious.

Some of the offences are alleged to have happened during the same period he was talking to Operation Midland detectives.

Nick is also being investigated for perverting the course of justice and fraud – a file of evidence for those offences has been sent to the Crown Prosecution Service.