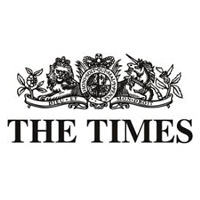 A woman described as a “manipulative and compulsive liar” who faked her own kidnapping and rape has been convicted of a relentless campaign of stalking against her former boyfriend.

Jessica Nordquist, 25, sent emails and pictures to Mark Weeks showing herself tied to a bed in her underwear. The American had also ordered a fake pregnancy bump on Amazon to deceive Mr Weeks into thinking that she was pregnant with his child, after lying about having a miscarriage when she had in fact had an abortion, Snaresbrook crown court in London was told.

The pair, who worked for the video advertising company Unruly, ended their relationship in November last year. Nordquist sent emails in April claiming to be from criminals who had kidnapped her. However, police found her safe in a B&B in the Scottish Highlands.

Nordquist was found guilty of two charges of stalking, two of sending malicious communications and one of perverting the course of justice. Sentencing was adjourned and Nordquist was remanded in custody.

They met after Nordquist moved from New York to the London office in June last year, but they separated after their romance soured.

Mr Weeks told the court that he received emails from fake email accounts including one in the name of a friend, saying that Nordquist had been kidnapped and raped. He also received photos of her tied up in her underwear attached to an email that read: “Jessica Nordquist is the one who has been protecting your children from us. We raped and stole her tonight.”