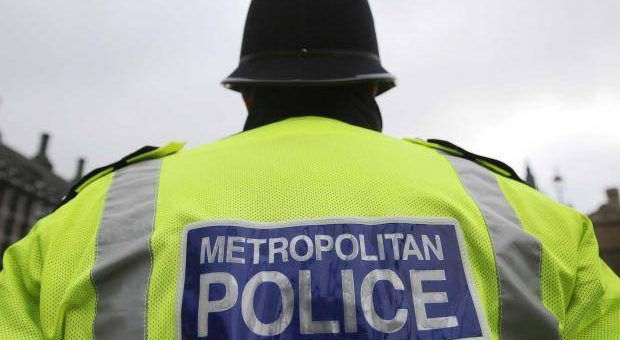 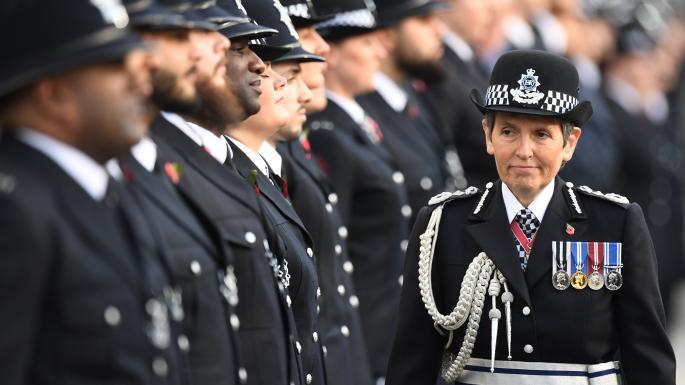 Britain’s biggest police force has abandoned its policy of automatically believing victims after a series of flawed inquiries into alleged sex crimes, The Times can reveal.

Cressida Dick, the Metropolitan Police commissioner, said she had told officers they must have an open mind when an allegation is made and that their role was to investigate, not blindly believe.

“You start with a completely open mind, absolutely,” she said. “It is very important to victims to feel that they are going to be believed. Our default position is we are, of course, likely to believe you but we are investigators and we have to investigate.”

The issue has become one of the most fraught for the police service since a national policy instructed officers to believe alleged victims automatically. It was aimed at encouraging people to come forward with the confidence that they would be taken seriously, particularly in sexual abuse cases.

The guidelines were put in place after revelations in 2011 that police had failed to properly investigate abuse allegations, including by victims of the former BBC presenter Jimmy Savile, who was revealed after his death to have been Britain’s most prolific paedophile. However, the Met was later severely criticised after its detectives placed their faith in a man known only as Nick, declaring that his uncorroborated claims of a Westminster abuse ring were “credible and true”. The Crown Prosecution Service is considering whether Nick will be charged with perverting the course of justice after his claims were shown to be false.

Sir Richard Henriques, a retired judge, identified failings in Operation Midland and said that the instruction to believe a victim’s account should be withdrawn. It undermined the principle of suspects being innocent until proven guilty, he said in 2016.

Ms Dick took the helm at Scotland Yard nearly a year ago, after the collapse of Operation Midland. Asked if she was rethinking the belief policy, she said: “Rethink? I’ve rethought. I arrived saying very clearly to my people that we should have an open mind, of course, when a person walks in. We should treat them with dignity and respect and we should listen to them. We should record what they say. From that moment on we are investigators.”

She said that the police had been criticised for not being open-minded enough. It was important to encourage victims to come forward and she wanted to “go on raising confidence”.

She said: “Our job in respect of investigations is to be fair, to be impartial, and where appropriate to bring things to justice — and of course to support victims, but it isn’t all about victims.”

The Met has also been criticised after a series of rape trials collapsed because evidence was not properly disclosed to the defence. Ms Dick said the issue was being reviewed but added that disclosure legislation was not fit for purpose in the digital age when mobile phones contained “tons and tons” of data.

She said that the MeToo movement had thrown a spotlight on the issue of sexual abuse but cautioned: “Speaking as a cop, opposed to a citizen, I’m interested in crime. If it’s a long time ago, or it’s very trivial, or I’m not likely to get a criminal justice outcome, I’m not going to spend a lot of resources on it.

“And what might be a misunderstanding between two people, clumsy behaviour between somebody who fancies somebody else, is not a matter for the police.” 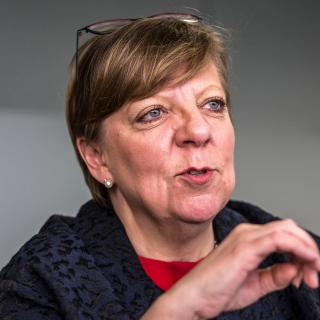 • Alison Saunders, the director of public prosecutions, who has also been criticised over the collapse of rape trials, has announced that she will not seek a second term. Her five-year term ends this autumn and she was not expected to remain in post after a difficult tenure. She is to join the law firm Linklaters.

Ms Saunders, whose three predecessors also served only five years, said that it had been a “tremendous privilege” to have been the first director to have been appointed from within the organisation. She said that her priority over the remainder of her term would be “to find long-term solutions to the disclosure issues that exist throughout the entire criminal justice system”.