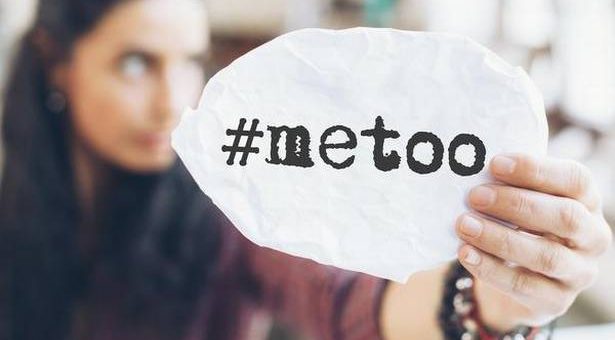 #ME TOO. YES, IT IS COMPLICATED

Greta Hassler* works in the entertainment industry. She writes that the reduction of arguments to black or white positions is scuppering the power of the #Me Too movement.

1. Everyone in the business knows what he’s like. That’s why it’s annoying reading comments saying: “He’s an icon. He’d never behave that way”. It’s irritating to those of us in his industry who have known of his proclivities for decades, that his reputation is defended by the same qualification that permitted him to be a sleaze in the first place: Power. These men in the entertainment industry who threaten to sue for defamation invariably get what they want: they shut it all down. The women get intimidated and keep quiet. The media gets nervous. The naïve fans say: See, he’s innocent. And the power and the money that facilitated the history of questionable behaviour also facilitates its protection.

2. A nasty or foolish man sticking his hand up the dress of his female colleague is not something that should be tolerated. But neither the crime nor its emotional consequence is the same as 13-year-old gymnasts being sexually assaulted by their doctor. In the entire #Me Too movement, there are vastly different degrees of pain, suffering and criminal behaviour, which are being inappropriately merged.

3. Some men in (and out) of the workplace are sexual abusers, assaulters and harassers. But plenty are just stupid, over confident, have bad taste and an ugly sense of humour. They deserve to be told to desist from annoying women (and other men) and intruding on their personal space. But they’re not rapists or sexual harassers. In the rapid and sometimes histrionic escalation of #Me Too, the difference is getting smudged.

4. Some men in the work place exhibit dumb, lewd and intrusive behaviour but are not rapists or sexual harassers. But when they are chastised or confronted, they become very, very nasty. The mind games they play are disturbing, upsetting and are another form of assault not well enough recognised in the debate.

5. Some adult women who should be able to tell an obnoxious man to shut up or go away, don’tand complain later. This is part of human nature but it’s annoying they can’t deal with small-claims, undesirable behaviour in situ. It’s hard to know what level of reaction as a society we should deem part of the broad remit of being an adult. Surely grown up women can tell a man where to go when he puts his hand on their butt, even if she shouldn’t have to? On the other hand, some women have small voices for good reasons.

6. “Me Too” reads as a sinister tag-line to a potentially marvellous moment. The bandwagon is a horrible consequence of a great initiative. What begins as a genuinely inspiring call to arms starts to attract a creepy join-the-pack, I-want-to-be-on-the-right-side-of-this-moment hysteria. I want to applaud a sea-change in workplace culture, but too often it feels like a deja-vu of The Crucible, only with earrings by Harry Winston. (One such moment was seeing the men at the Golden Globes with their little solidarity badges. This felt less an authentic declaration of solidarity as an identity-marker of “innocence” and political correctness.)

7. The fact that #Me gained traction and is exemplified by rich movie-stars doesn’t make it bad, but it certainly taints the cause with a slightly nauseating quality. Yes, young Hollywood actresses are human too even though they’re privileged and good-looking — they shouldn’t have to go through the Harvey Weinstein crap and no doubt suffer emotional distress. But at least they have agents, managers, lawyers, powerful friends and other jobs to go to, unlike ordinary women in ordinary work-places. I’m bored with the big names tweeting their way into collective-victimhood. They may be entitled to speak out but I’m getting cynical that the social media camaraderie and salary-pay-backs are a manifestation of conferences with managers hell-bent on image-control.

8. Paying back your salary on a Woody Allen movie doesn’t count for much as he pays actors a tiny percentage of their normal salaries. Nice gesture, but slightly disingenuous, Colin. And Rebecca. And Timothee.

9. That some actresses’ careers were clearly scuppered by the narcissistic and deeply creepy Weinstein seems to be a given. But some actresses may not have garnered roles because everyone knows they’re a nightmare to work with. Some actors don’t get work because they’re just horrible.

10. Part of the reason that Weinstein got away with his behaviour is because some women colluded with it. They wanted work. They wanted Oscars. They were sycophants. All women know what it feels like to overlook badly behaving men to serve their own ends. This doesn’t excuse his behaviour in any way or taint the women who have stepped forward. But to somehow label women inevitably as victims is misleading and allows people to dismiss all the real and valid claims of abuse.

11. The debate about whether one can separate the art from the artist rages on. Two of the most interesting articles appear in the New York Times this week about how to continue a spectator’s relationship with Woody Allen and how a gallery is dealing with allegations about the artist Chuck Close. The gallery planning a Close exhibition will present it, but in conjunction with an exhibition about gender inequity. Such ameliorating actions will now be manifold. We will have to get used to a cultural landscape where institutions spend as much time and money strategising their reputations and putting art in a metaphorical court-room as doing their job presenting art.

12. Bad people have always made good art. The only civilised response is to respect the audience’s ability to find their own relationship to the quandary. Either you can put the assumed morality of an artist to one side or you can’t. Some people will continue to admire and enjoy genius as a separate (or mitigating) aspect of human flaws and frailties. Others will find their admiration and enjoyment of the art irrevocably diminished. There’s no dictate that works in a civilised culture. And destroying, denying, archiving and shutting down artistic endeavour on the basis of an artist’s lack of moral fibre will eventuate in a world with no books, no art and no cinema that’s any good. Art is made from the full gamut of what it is to be human, including the bad stuff.

13. Catherine Deneuve and her French friends didn’t say what they wanted to say very well, but there was a kernel there that was interesting and true. Flirtation and desire will never conform to ideological dictates. If people interpret workplace standards of behaviour as inflexible standards of male/female interaction in our wider lives, some of the joy of life will evaporate. Women may not want to be hit on at work, but they may still like being hit on. Depends on the guy, depends on your mood, depends where you are and if you have the freedom to reject or succumb. Separating sex and power so people can work (and live) without sexual intimidation is an essential ambition of our modern society. But love and desire and seduction sometimes involve transgression, physicality and danger. In a good way.

14.“Innocent until proven guilty” has been curiously sidelined in the exciting tsunami of indignation and fury that is #Me Too. Probably most of these creepy guys are creepy guys, especially with multiple accusations lobbed at the same man. Yes, sexism is entrenched where power is entrenched and power is everywhere and absolute — and we all know about how absolute power corrupts. But it’s still possible that we, as the receivers of social media, public accusations, loud protests, ancient grievances and the subtleties of human psychology – still don’t know the truth. That possibility used to be enough to keep doubt alive until due process. Have we gained something in bypassing legal principles or have we lost something? Is this Salem, Massachusetts? Or is it the start of a genuine and inspiring social revolution?

*Greta Hassler is the pseudonym of a woman who works in film.