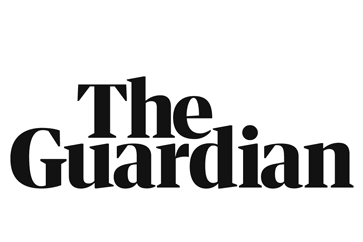 The man whose claims of a VIP paedophile ring sparked a £2m Scotland Yard investigation targeting pillars of the establishment has been charged with 12 counts of lying to detectives and receiving £22,000 in compensation through fraud.

The claims by “Nick”, made first in the media and then to detectives, led to the Metropolitan police’s disastrous Operation Midland investigation.

The Crown Prosecution Service said on Tuesday he had been charged with 12 counts of perverting the course of justice which allege he made up evidence to support his claims to police made between 2012 and 2016.

His allegations led to the Met investigating and raiding the homes of public figures including the former military chief Lord Bramall, the former home secretary Leon Brittan and the former Conservative MP Harvey Proctor.

The 50-year-old, who can only be referred to as Nick for legal reasons, is alleged to have perverted the course of justice when he claimed to have been physically and sexually abused; lied when he said he witnessed three children being killed by the establishment paedophile ring; and perverted the course of justice when he gave detectives a pen knife and two military epaulettes falsely alleging that he had retained them from when he was abused.

The charges claim that Nick “falsified an … email account and provided false information purportedly sent from ‘Fred’, an individual who he had named as present when he was abused by a paedophile ring”. Sketches of locations where the abuse were alleged to have taken place, passed by Nick to police, also amount to a perversion of the course of justice, the CPS said.

He is also alleged to have made fraudulent representations to the criminal injuries compensation authority.

He will appear on 5 September at Westminster magistrates court.

On Tuesday, the CPS said it had examined evidence from an investigation by Northumbria police before making its decision to bring 13 criminal charges against Nick.

Frank Ferguson, the CPS head of special crime, said: “The CPS has considered a file of evidence from Northumbria police relating to allegations of perverting the course of justice and fraud by a 50-year-old man.

“The police investigation provided evidence that the man had made a number of false allegations alleging multiple homicides and sexual abuse said to have been carried out in the 1970s and 1980s. Following careful consideration, we have concluded there is sufficient evidence to bring a number of criminal charges.”

Details of the charges released by the CPS include that Nick perverted the course of justice when “he made a false allegation of witnessing the child homicide of an unnamed boy committed by Mr Harvey Proctor” and two other claims that he saw a child killed.

He is charged with falsely alleging “that he had been sexually and physically abused by a paedophile ring, with senior ranking officers within the military, military intelligence, a TV presenter and other unidentified men accused as members”.

Nick is also charged with having “falsely claimed that he had suffered serious injuries as a result of having been sexually and physically abused as a child”.

In November 2014, the Met announced that Operation Midland would investigate the claims and drafted in elite detectives from the child abuse investigation command and the homicide and major crime command.

A month later, a senior detective said Nick’s claims were believed to be “credible and true”. The Scotland Yard investigation found evidence that they believed pointed to the credibility of aspects of his account.

Investigations into Bramall and Brittan were dropped and Operation Midland was closed by March 2016.

The way the investigation was conducted led to vehement criticism of the Met from parts of the media.

The decision to raid Bramall’s home, distressing his then-ill and now-deceased wife, elicited considerable public sympathy for the D-Day veteran. The police have apologised and paid compensation.