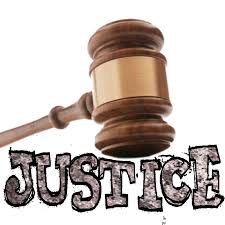 Many of you will be aware of the recent conviction of Barry Bennal.

Bennal was, and is a serial Child Sex Abuser and the evidence in his case was overwhelming.

For him and his victims, Justice has finally been done.

We would like to make it VERY CLEAR, Our campaign is Not about helping people like that monster, and if we achieve our aims, His case will never be affected.

Unfortunately cases like Barry Bennal have been used to justify the actions of the Police and Crown Prosecution Service in not fully investigating allegations and for the watering down of The Right to be seen Innocent until Proven Guilty.

They have been used to justify basing charges on allegations of an Individual rather than on any Actual Evidence of an Offence.

This has effectively Removed All the Safety Nets that we always assumed would protect the innocent from False Allegations. Most members of the General Public do NOT Realise these protections have been removed.

But cases like Bennals have been used to justify the actions due to Public Hysteria.

Our Campaign is about Fighting to Restore the Right to A FAIR TRIAL and the OVERTURNING of Convictions Based on HEARSAY Evidence. We want to see the standards of Evidence restored to the Standard expected of The British Justice System.  This is the Only way we can Pevent Innocent people being Convicted of False Allegations.  We realise that this may prevent many Genuine Victims from obtaining Justice, However the risks are too great to allow the Police and Justice system to continue with this behaviour.

There are two very important points to remember :-

FIRSTLY : There are  No  ” DOUBLE JEOPARDY ” Laws in Britain. So even if someone is released because of our Campaign, If Evidence is Found after a PROPER Police investigation that meets the higher standard of evidence, There is NOTHING to prevent them being re-tried and re-convicted.

SECONDLY :- If someone is claiming to have been abused, Then regardless of whether the perpatrator is brought to Justice or Not, They should be given ALL the Support possible to help them come to terms with and be able to deal with the abuse they have suffered.

Obviously, Justice for Perceived Victims should Never be allowed to Outweigh the need to protect the Innocent, No matter how much we wish it.

REMEMBER for every innocent person convicted of an offence they did NOT Commit, There is an Entire Family, Torn Apart.  Surely tearing a Parent Away from A Child is also Abuse, If its not PROPERLY JUSTIFIED…………..