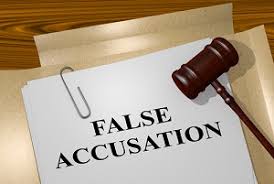 Girl, 12, who said she’d been raped had lied, say police

Police say they will not prosecute a 12-year-old girl who lied about being dragged into an alleyway and raped.

The reported incident in Levenshulme, Manchester, led to the arrest of a 16-year-old boy as part of an extensive investigation. There were also increased patrols in the area.

The complainant said she was attacked as she walked along Chapel Street close to the Horseshoe pub on the late afternoon of November 22 last year and an e-fit of the suspect was released.

On Friday, Greater Manchester Police said the inquiry had concluded after the girl told officers the original report was not genuine.

The arrested teenager, who had been bailed pending further inquiries, has been released without charge.

But police said a prosecution of the girl will not follow because of “vulnerabilities identified”.

We take all reports of sexual offences extremely seriously and the welfare of the victim is our priority.

As soon as a report is made, the victim is supported by specially trained officers and we trust that each report is genuine.

We have carried out extensive inquiries and there were increased patrols in the area to reassure members of the community and encourage people who were understandably concerned to approach us.

As part of the investigation, we have concluded that it is not appropriate for us to pursue a prosecution in this instance due to a number of vulnerabilities that have been identified.

The girl is now being fully supported by specially trained officers and partner agencies.

Help and support is always there for people who report sexual offences. If you want to make a report of a sexual offence, you will be taken seriously.